The mission began on July 26, 1971, and ended on August 7, the lunar surface exploration taking place between July 30 and August 2. Commander David Scott and Lunar Module Pilot James Irwin landed near Hadley Rille and explored the local area using the rover, allowing them to travel further from the lunar module than had been possible on previous missions. They spent 18​1⁄2 hours on the Moon's surface on extravehicular activity (EVA), and collected 170 pounds (77 kg) of surface material. Rovering across the Moon during Apollo 15 - RocketSTEM 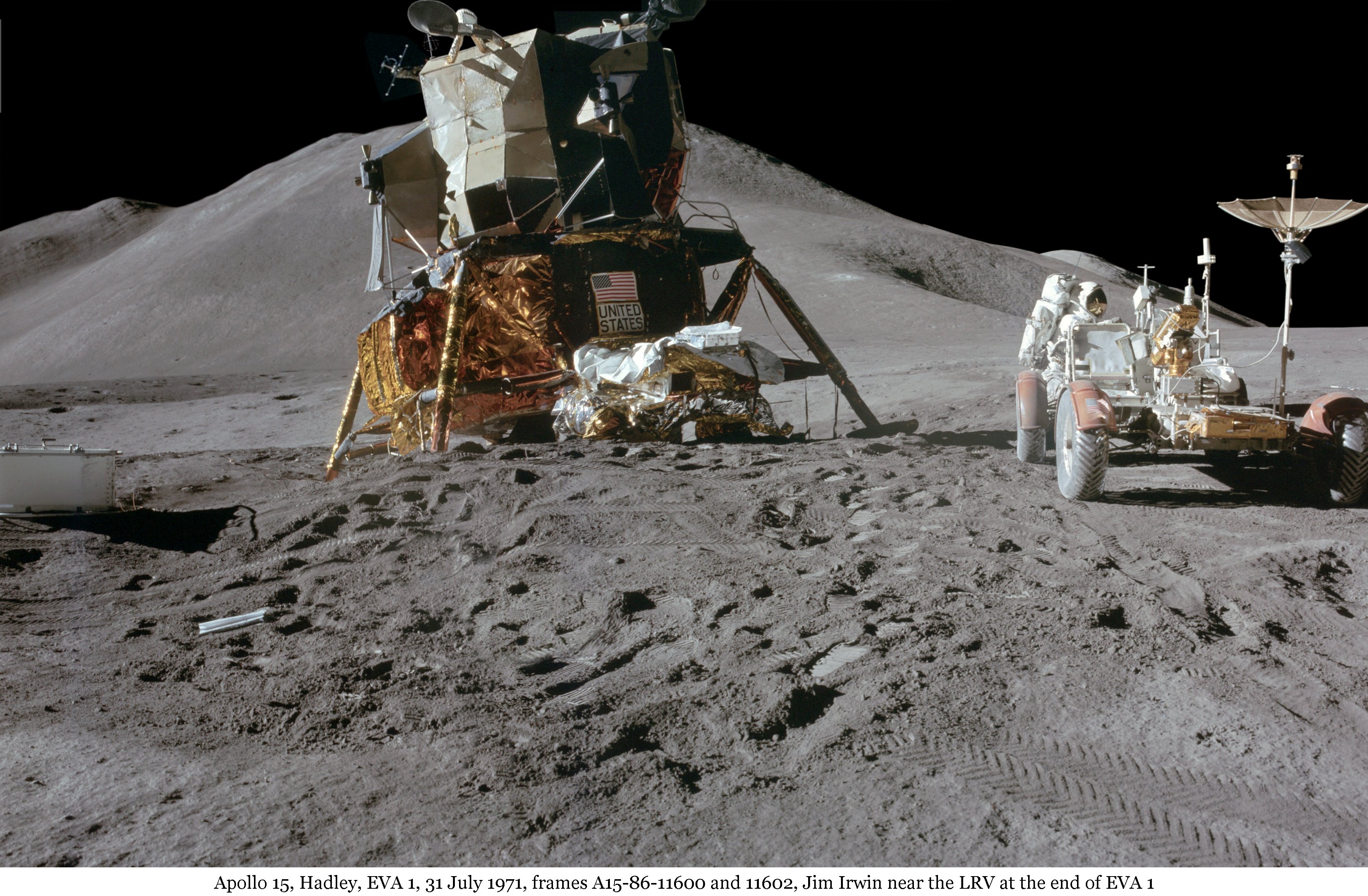 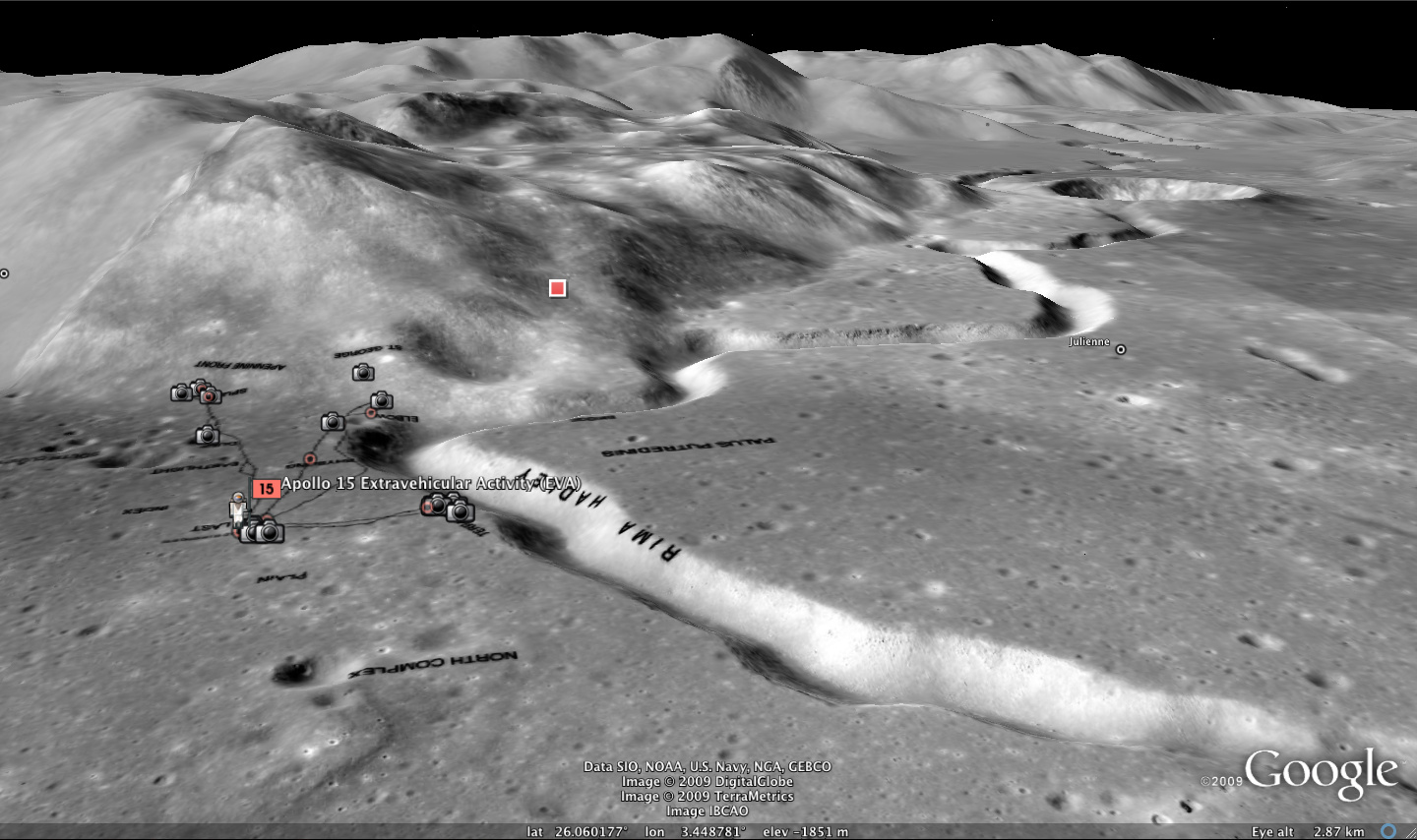 NASA - NASA and Google Launch Virtual Exploration of the Moon